Spanning more than 900 miles from top to Tijuana, California’s 163,000 square miles encompass many of the country’s iconic wilderness landscapes. And guess what? The almighty creator dumped more than 30 inches of rain each month between October 2016 and March of 2017, the second-wettest winter in recorded history, drought be damned.

Look, we love waterfalls at least as much as everyone else, and we can’t get enough of California’s gorgeous cascades. Start with these 25. 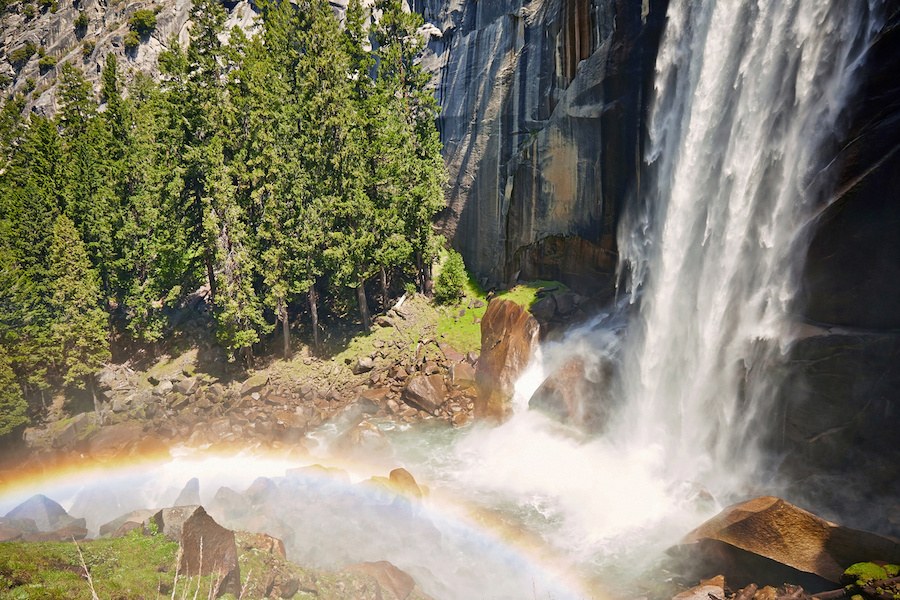 The scenery of northern California is dominated by pine forest of Douglas fir and the famed Seqouia sempervirons, the California redwood, and its lush and verdant wilderness is ripe for waterfall exploration. The best areas to explore are near the volcanos, where the considerable snowpack consistently pumps energy into the Pit and Klamath rivers, and the North Coast, California’s wettest hydrologic region.

Heavy snowfall and white granite formations give the Sierra Nevada some of the most iconic waterfalls in North America, but the cordillera contains more than just Yosemite National Park. The region is dry enough that its most spectacular falls, like Yosemite, become a trickle at the end of the season, so be sure to visit when the spring melt is at its peak.

Desert waterfalls, while rare, spring an oasis from a barren landscape. The scale of cascades here is smaller than wetter parts of the California, and the region is far from deserted. Where they exist, cascades are busy, especially during the hotter months, and many of the region’s falls are seasonal. Still, they are a great place to escape the city heat. Combine your waterfall visits with swimming holes for maximum effect.