Serious astronomy buffs likely made their plans for viewing this summer’s total solar eclipse back in 2016, but for those of us bandwagoners who are a little late to the celestial party, here’s the 411.

Basically, this two(-ish)-minute midday blackout is a once-in-a-lifetime event worth traveling for. It’s also a great excuse for an Indian Summer escape to places with great wine, bourbon, natural wonders and, of course, unobstructed views.

Here’s where to go to get a good look at this rare event. 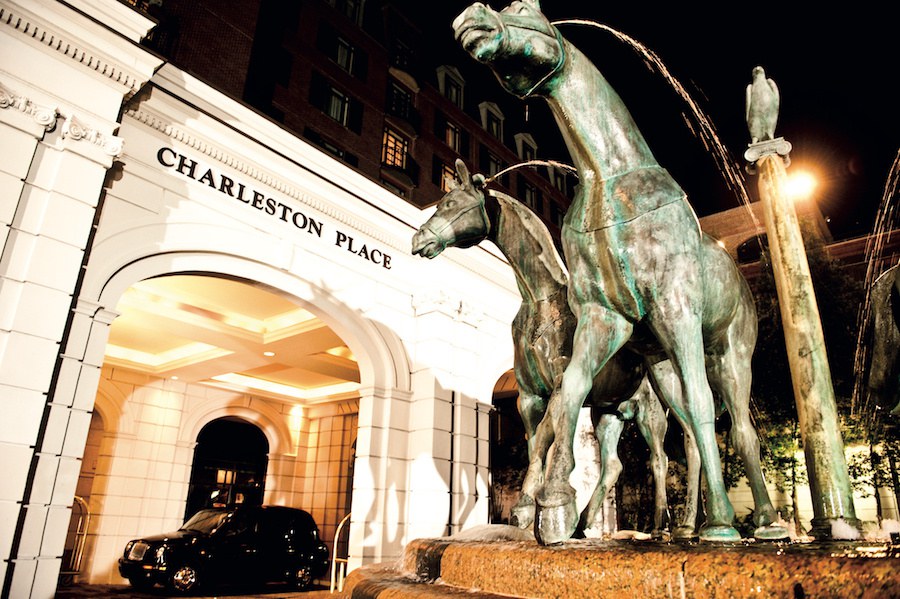 The Belmond Charleston Place Hotel(Courtesy of the hotel)

Viewable throughout the city, official eclipse viewpoints include the MUSC Health Stadium and retired warship the Fighting Lady, which is, naturally, transforming into the Shaded Lady on eclipse day.

Stay: Located in downtown Charleston’s historic district, Belmond Charleston Place Hotel is offering a Solar Eclipse package, including dinner with a local astronomer at the Charleston Grill, a three-night stay on the Club Level, access to a VIP viewing area on the day of the eclipse, plus viewing glasses, which are highly recommended for looking at the sun.

Eat: For light bites with the locals, check out 167 Raw for a raw bar, fish tacos and lobster rolls.

Also See: Embrace the historical side of one of the best-preserved cities in the American South—Charleston also claims the oldest preservation society in the country—by visiting the conservation masterpiece, the Aiken-Rhett Museum, built in 1820.

How to Get There: One-stop flights from SFO to CHS are available on major carriers with stops in Atlanta, Chicago, or Charlotte. 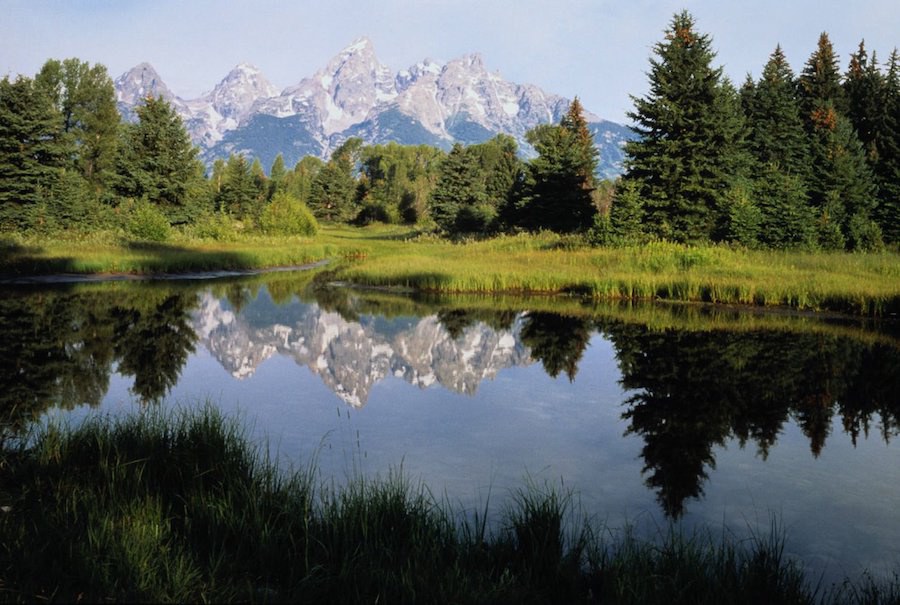 Get an early start and head for one of Grand Teton National Park’s five viewing locations or, to avoid the traffic, stay put in the town of Jackson Hole, which also has full eclipse views.

Stay: The recently opened Mountain Modern Motel, in the heart of Jackson Hole, is full hipster-friendly frontier flare like plaid linens and a communal kitchen with hearty grab-and-go fare.

Also See: Grand Teton National Park will be open during normal hours so you can explore the great outdoors beyond the two minutes of total eclipse. Book in advance for ranger-led hikes, horseback tours, bike rentals, or a floating or boating excursion on the Snake River. This place is drop-dead gorgeous.

How to Get There: Two nonstop flights leave daily from SFO to JAC from now through September 4th. 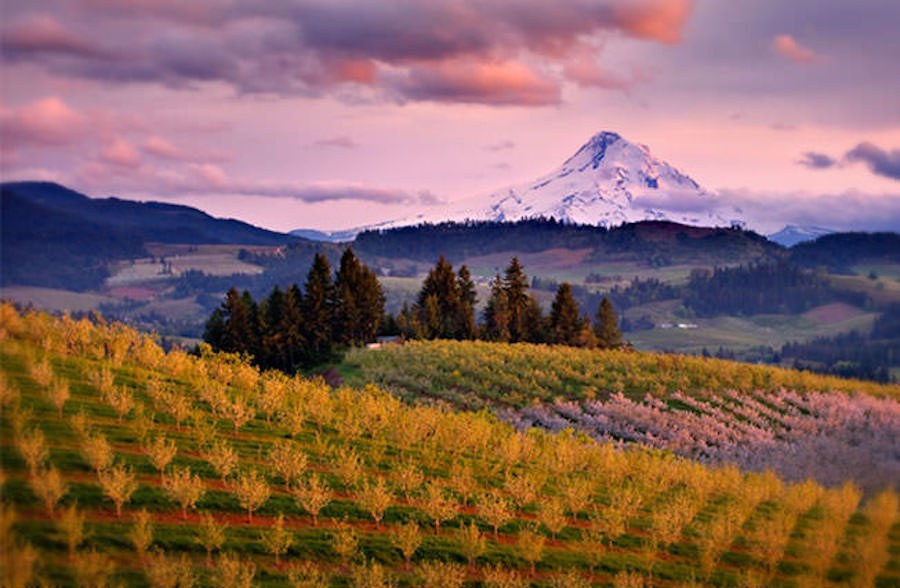 With the clearest views of the eclipse of any destination on this list (not to mention proximity to the Bay Area), you can expect the Willamette Valley to packed—and booked well in advance.

Stay: The official recommendation is to stay off the roads on eclipse day to avoid creating the area’s largest parking lot. Try setting up camp at Thyme Garden Herb Co. in Alsea, or another nearby campsite, to avoid the motorized crowds. Thyme Garden will be open for eclipse-viewing and, for those camping onsite, will serve a garden-inspired pre-eclipse breakfast.

Eat: The Garden’s special eclipse dinner on August 20 will feature herbs and produce grown onsite. For something a bit more traditional, Gathering Together Farm serves Pacific Northwest cuisine on a daily menu that changes based on what looks fresh in the garden.

How to Get There: Fly into Eugene’s (EUG) airport to avoid the traffic coming down from Portland. 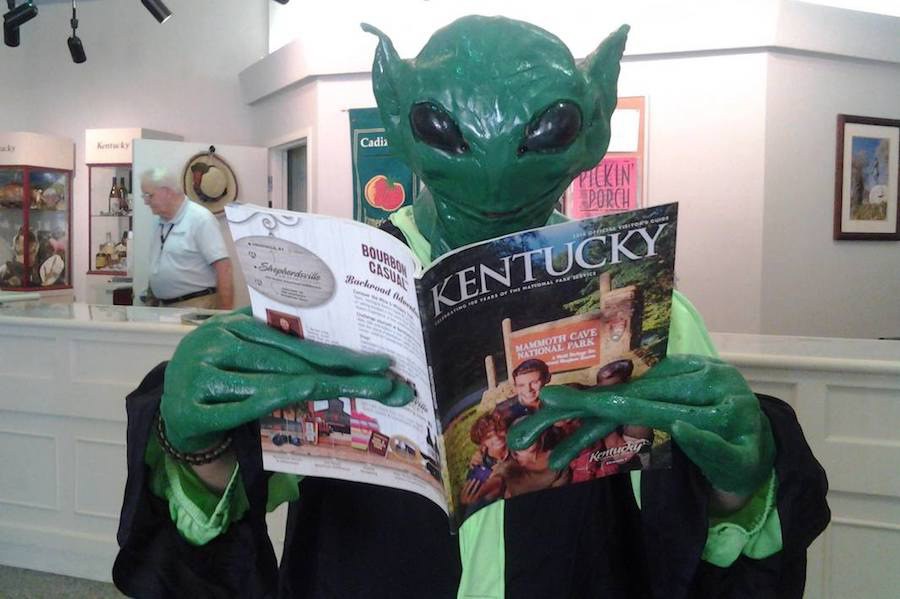 For a double dose of the extraterrestrial, view the eclipse from the Little Green Men Days Festival in nearby Kelly, KY—a site that, in addition to being in the path of the eclipse, supposedly hosted an alien siege at a local farm on August 21, 1955. Yes, that is exactly 62 years ago to the day of this solar eclipse. Spooky.

Stay: The classic Southern property Naimoli Estate is located within sight of the eclipse and has a range of overnight options including bed-and-breakfast rooms, a lodge for 12, and camping sites across its 100 acres.

Eat: The Place is a local eatery for comfort fare such as chicken pot pie and filet and biscuits, and a “Very Good Sweet Tea.”

Also See: Casey Jones Distillery is hosting themed festivities throughout eclipse weekend, and has even produced a Total Eclipse moonshine for “blacking out” on Aug 21st. For a larger sampling of local bourbons, the Bourbon Mashoree (Aug. 18-19) tasting at MB Roland Distillery will showcase distilleries from around the state.

How to Get There: Fly into the Nashville airport and drive about an hour northwest. Hopkinsville is just across the state line. 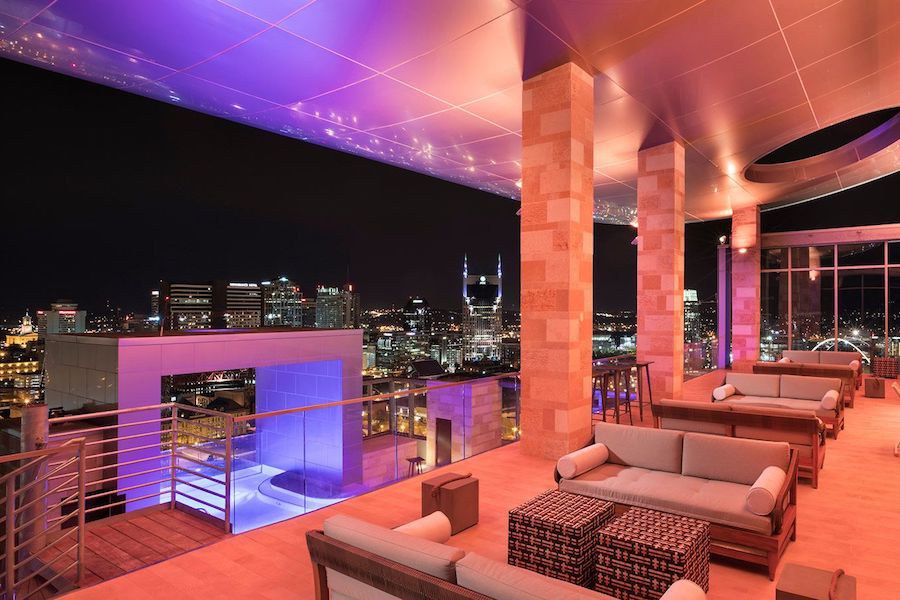 The L27 rooftop bar is the highest in Nashville.(Courtesy of Westin Nashville)

ACME Seed and Feed is hosting a rooftop viewing party with some of Nashville’s best drinks and eats, as well as a DJ and an emcee giving a play-by-play of eclipse events.

Stay: Westin Nashville will be throwing a daylong celebration at its L27 rooftop bar, the city’s highest. A Solar Eclipse 2017 package includes a two-night stay, entry to rooftop festivities, in-room breakfast, and access to yoga on the roof.

Eat: Treehouse Nashville sits in an actual treehouse, has ample outdoor seating, and has won many awards for its seasonal, produce-driven menu and sexy ambiance.

Also See: Nashville’s Country Music Hall of Fame: If you leave Music City without paying your respects at what’s been called “The Smithsonian for Country Music,” you’ve failed as a traveler.

How to Get There: Daily direct flights to Nashville are available from SFO and OAK.